Add to favorites
2 votes
Spellcrafter - high level, here are a couple of words that can describe this project. Descend into a peaceful world of adventure, where magic is hidden in every item. The battles here take place in a turn-based form, so the guarantee of a successful ending is to build your strategy accurately and wisely. Exploring every corner of this endless world, you will be able to enter into confrontation, have conversations with charismatic characters, look for jewelry, take new wards into your service and create a truly indestructible army of warriors. Take on interesting missions, for the timely completion of which you will be encouraged by experience and gold. The application has a cool spell system, to use which you will need to draw a special symbol on the display of your smartphone.
Download Spellcrafter for android
Download Spellcrafter v.1.7
(Downloaded: 34)
18.42 Mb
Download OBB Spellcrafter v.1.7
(Downloaded: 33)
353.41 Mb 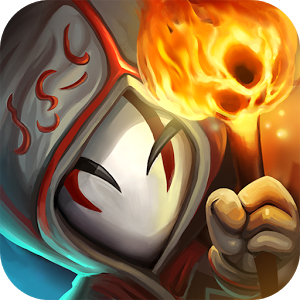 BusyBox
The Android system belongs to the UNIX category, in which all system processes are based on the
Comments (0)
Comment
Top Games