Add to favorites
0 votes
VK Dark Edition is a black mod for android, based on the official VK program. Its functionality is similar to that of the official client, plus the option to be in "offline" mode has been added. You can activate this feature in the client options.

We believe that most users of mobile smartphones have faced such a common problem that the more bright colors in the application, especially white, the faster the battery is consumed. This is more true for AMOLED screens, in these displays this problem is especially acute. For those users who are pretty bored with the same look, or for those who do not like to repeat themselves and like to be non-standard, they will like the application more. If you wish, you can customize your own modification of the project. This topic gained popularity in a short time. In a short time, many variations of the program have been shown, good or not, but some have become widespread. About one of these options on the topic of Vkontakte, now the whole conversation will go. The whole point of the Vk dark modification is to significantly save the energy of the smartphone. We all love to spend our free time in the VKontakte application directly from our mobile device, especially during school hours, or when we are on the road. And in this version of the legendary service, the developers of the package tried to change all the bright colors to black, which will increase the battery life by 5% per cycle.
Download VK Dark Edition for android
Download VK Dark Edition v.2.0_288
(Downloaded: 85)
38.94 Mb

Vkontakte
VKontakte - is an application that was created to communicate with relatives, friends and good 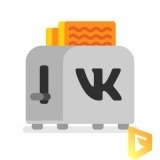 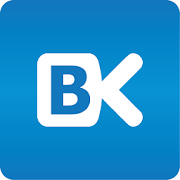 Polyglot for VK
The Polyglot VKontakte project is another supplement for the famous soc. network VKontakte, which

LazyMedia+
Do you want to have regular access to the largest base of TV shows, and be able to watch fresh 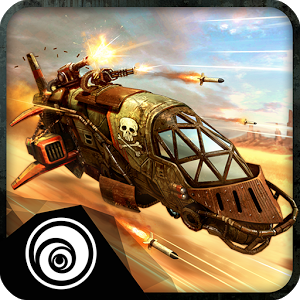